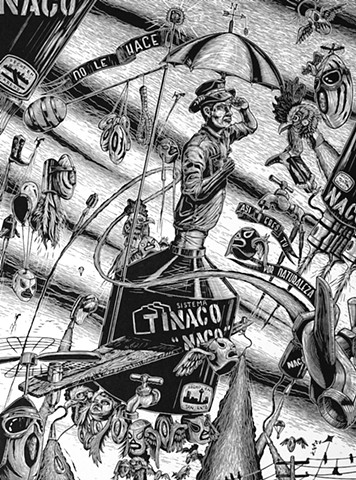 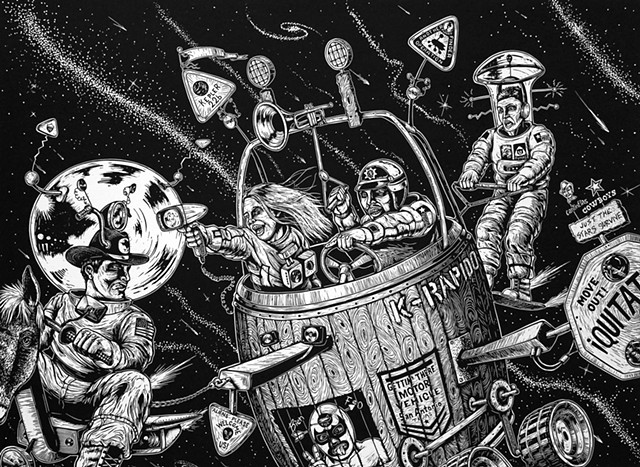 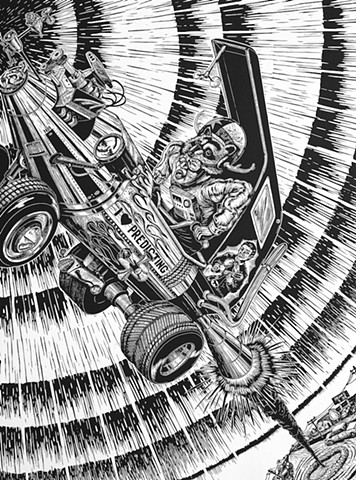 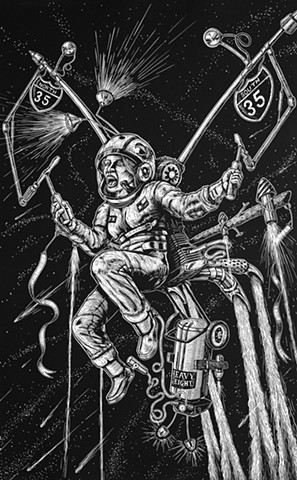 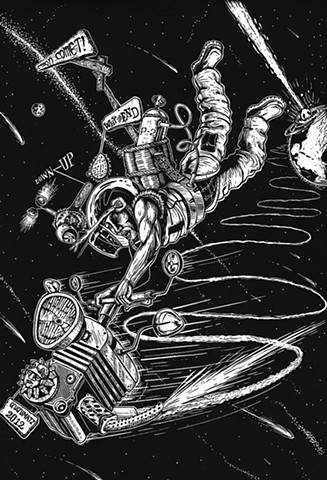 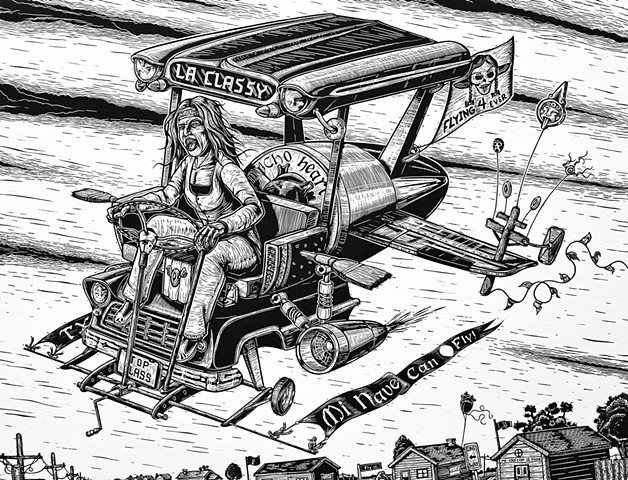 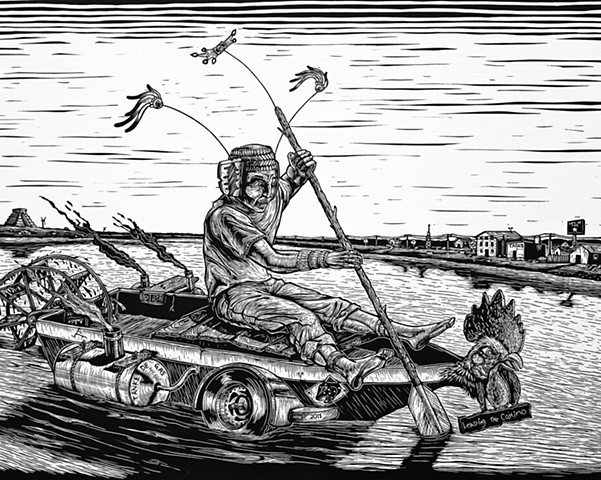 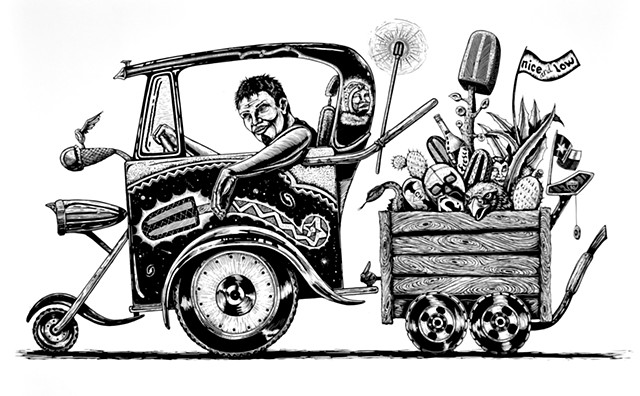 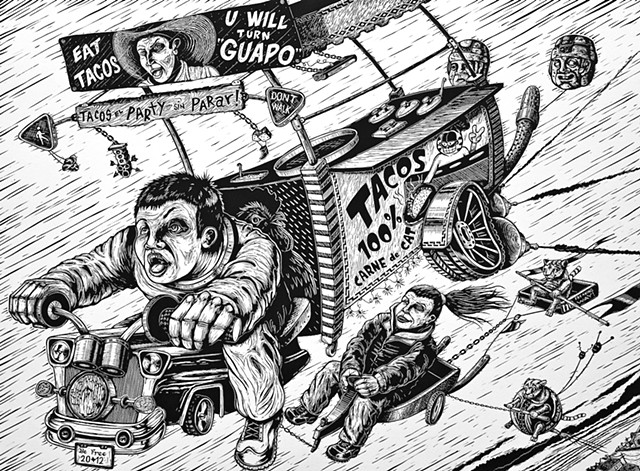 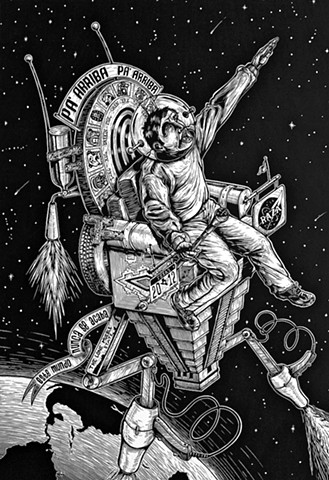 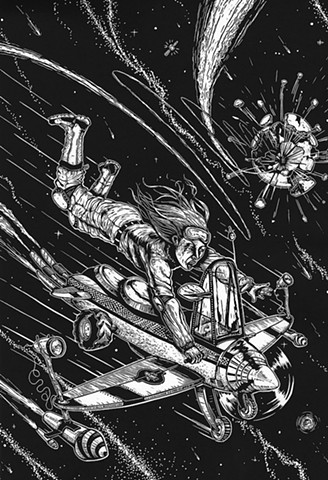 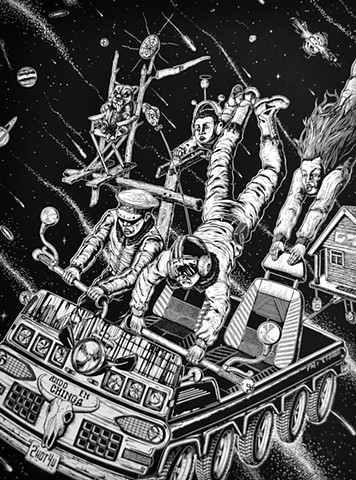 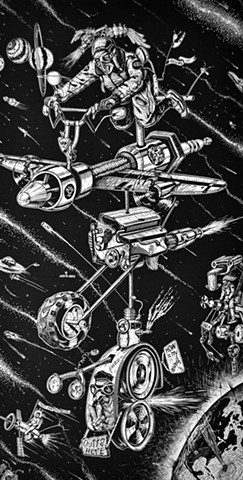 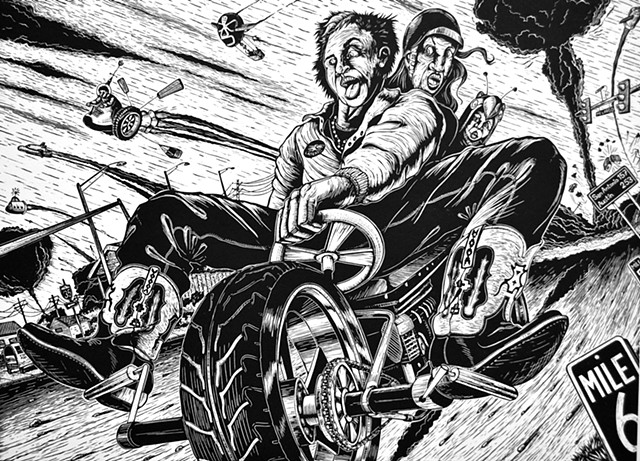 According to the Maya prophecy, December 21, 2012 marks the end of the long count cycle, which explains the 5,125-year rotation of the solar system. In effect, predictions and speculations of a possible “end” have been raised in that apocalyptic or catastrophic events will happen on December 21, 2012. Believers’ convictions of a “doomsday” scenario has created a fright mentality that drives them to look for survival alternatives.

The reality of an impending disaster is on the believers’ minds. Among the many questions, one seems to linger, “How can we escape from this disaster?” This question resonates especially among the Mexican-American community, at least to those who adhere to the Mayan prophecies. Not only do they rely on tangible ways for survival, but they also consider surrealistic ideas to become optimistic and survive the “end.” In turn, many creative alternatives to their survival arise from this optimism. These series of prints will prove that Mexican-Americans are inventive as they escape the catastrophes of the Mayan prophecy.

Laters is a series of prints that describe the actions of Mexican-American’s during the “end days” in a surreal, dignified, and humorous approach as they succeed or fail with their attempts. Each print tells a story in a surreal and comical exaggeration of people’s survival instincts in desperate times. It reveals their ingenuity and resourcefulness by improvising and using the available materials, tools, and objects into workable, fashionable, and stylized devises to evacuate earth. Devices that keep a community’s survival desire to be optimistic as they say goodbye to home-earth.

With limited any technology at hand and the foreseen “end” of the world, this prints series analyses Mexican-American creativeness. The series’ characters rely on their own surroundings, culture, courageousness, and imaginations to accomplish their anticipation of survival. Uncanny devises used as escaping transportation reflect creativity and fearless attitude of the Mexican-American towards the Mayan prophecy.